The human – wildlife conflict has become a serious concern in Kargil district of Ladakh region where various encounters between Himalayan brown bear have been reported from time to time. For the last 15 days the villagers of Tringochey Tangole are scared of the bear making its presence in the village during the night hours after 11 pm and has created fear psychosis among the residents in the area.

The bear also entered the houses and the Government Primary School Tringochey Tangole and has now become a threat to human life in the village.The villagers requested the administration and Wildlife Warden, Kargil to take appropriate steps in catching the wild animal so that no catastrophe takes place in the village where people are totally scared. 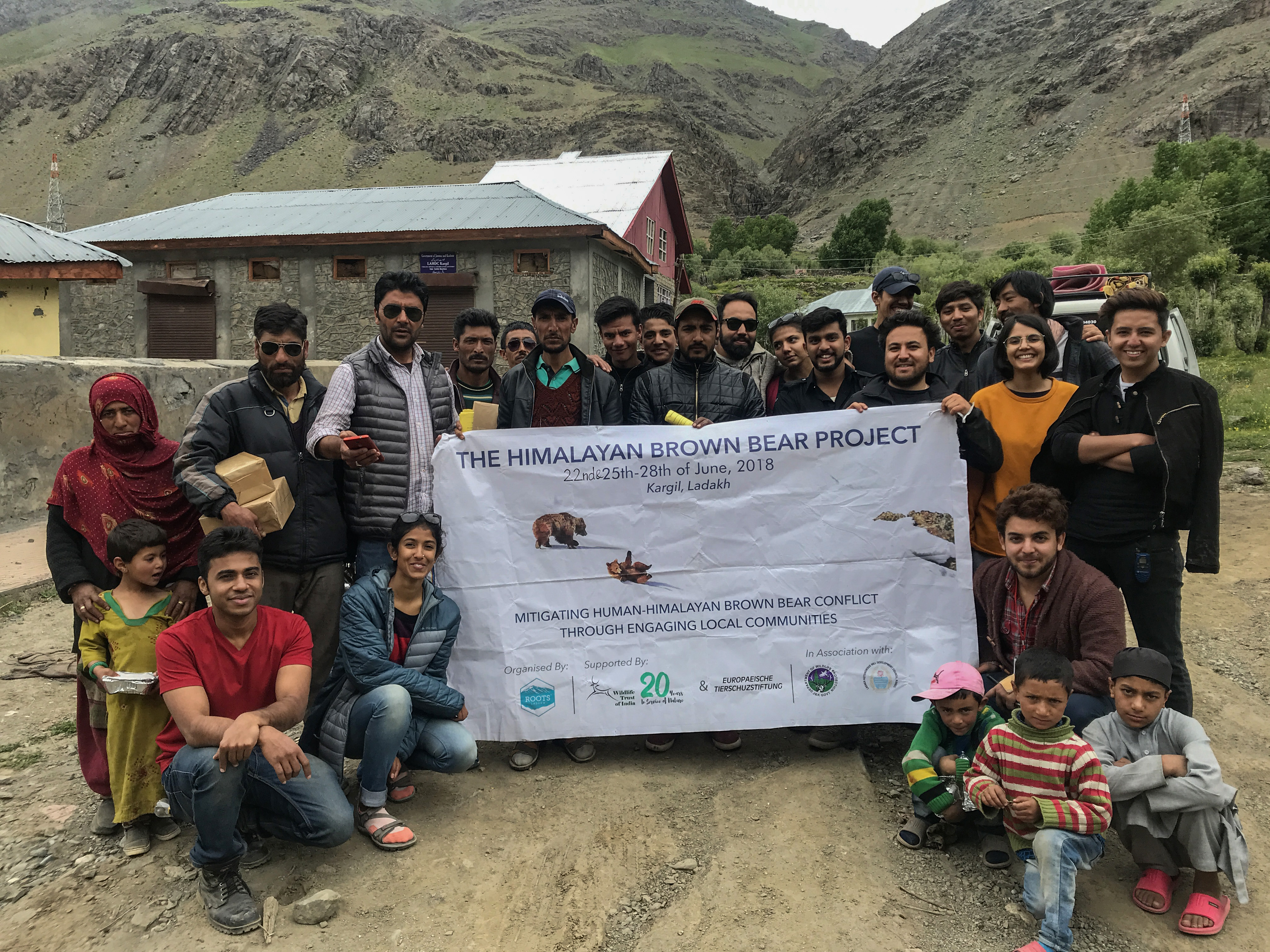 “The population of brown bear is declining all over and sightings are rare elsewhere. But in our state, these animals have been spotted in Hirpora (Shopian) and Poonch. But at all these places, only a single animal or a female with one cub has been spotted,” a senior wildlife department official said.

“Brown bears usually hibernate and go for aestivation to avoid harsh environmental and climatic conditions. The phase sets in usually in the month of October and till onset of spring with assured food availability around. The new sighting has given more hope as it is a good beginning,” said regional wildlife warden Rashid Naqas.

Himalayan brown bear sightings is very good news for us. Their increase in number, specially in inhabited places are however a concern for us. Steps must be made to protect these animals in their own habitat. Large areas of Jammu and Kashmir are not under wildlife sanctuary and this had been a major cause for recently caused human – wildlife conflict. It’s pertinent to mention here that lack of field staff is a major concern with Wildlife Department in Kargil which has only three permanent field staff and lack of rescue center is another major concern. Hopefully, the Government and the locals come together to ensure man – animal encounters are done away with in future.