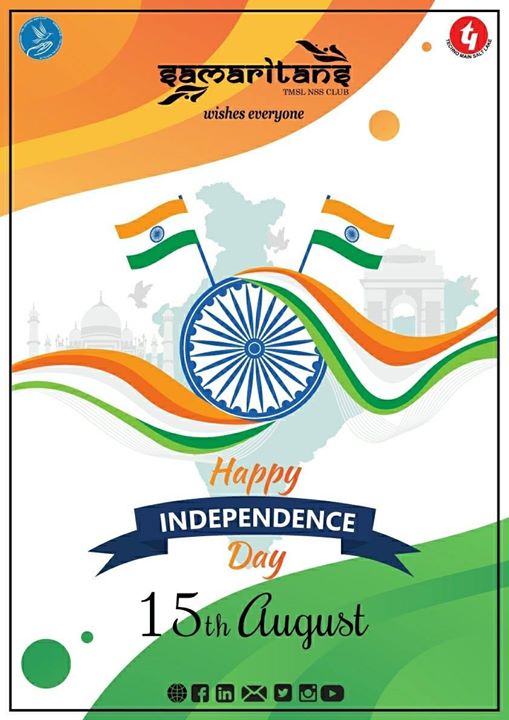 “Freedom is never dear at any price. It is the breath of life.

What would a man not pay for living?
It is earned though!”

Today, on 15th August 2020, India marks its 74th Independence Day, an annual observance to commemorate the sacrifices made by our freedom fighters like Bhagat Singh, Raj Guru, Sukhdev and many others during the struggle against the British Empire to mark the end of 190-year-old British Rule.

The story of India’s colonisation began with the arrival of the East India Company in the 1600s. Gradually by 1757, they had established their foothold in many portions of the country. This unfair rule went on spreading the resentment among the countrymen and the local population. Thousands of soldiers and civilians have laid down their life; there was bloodshed and many incidences which remains undocumented as well. Still moving ahead with these tragic incidences, we attained freedom on 15th August, 1947.

Every year our college celebrates Independence day by organising flag hoisting ceremonies and cultural programmes on its college premises. This year, however, things are different. With coronavirus still raging on and a lack of clarity on when college is going to reopen, Samaritans took an initiative to organise a virtual Independence day events which include Dance, Recitation and National anthem.

Here is a short video clip of the little initiative taken from Team Samaritans : https://www.facebook.com/tislnss/videos/618381918881823/