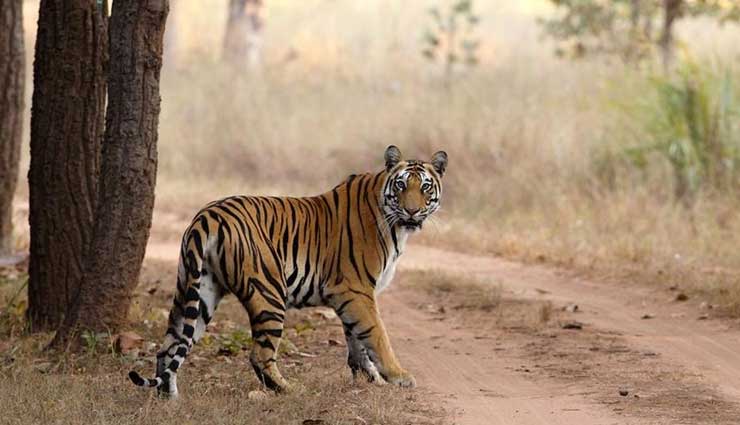 On August 2018, in the village of Borati, Maharastra, a shoot at sight order was placed on a tigress with two 9-month-old cubs by the Principal Chief Conservator of Forests after she allegedly killed 13 people.

The tigress, Avni, originally from Tipeshwar Wildlife Sanctuary, migrated to Borati, about 50 km from the sanctuary, in 2014.

Widespread protests and intervention of Union Minister Maneka Gandhi led to the withdrawal of appointed civilian hunter Shafath Ali Khan, who believed that the tiger cannot be captured and had to be killed. Activists further challenged the court order in Supreme Court seeking to the capture and relocation of Avni but with no result. Meanwhile, another team was formed and surveillance cameras were set up around the forest to track the tigress’s movements. Eventually, on the night of 2nd November 2018, Avni was shot and killed by Asghar Ali Khan.

Almost immediately, activists marched in protests that were held in several major cities across India, and many newspapers and conservationists expressed their shock and rebutted against the actions. In response to the protests as well as the from the inconsistencies from the postmortem, an investigation was launched by the National Tiger Conversation Authority (NTCA).

As the investigation uncovered more and more details, questions were raised.
The initial claim that the tiger was killed in the act of self-defence after she attacked the hunting party was proven to be false when the post-mortem report revealed that the killing was in cold blood without a tranquiliser as required by the state. Further, the team didn’t have a veterinarian or biologists as required by NCTA guidelines and study of her pug marks revealed she wasn’t in an attacking position as alleged.

The killing in itself reflects on bigger issues that need to be addressed in light of wildlife conservation. The nation lost roughly 384 tigers (as revealed through RTI) from 2008 and 2018, and currently, 2967 live across the country. Issues like these deepen the already existent human-animal conflicts, which along with poaching, results in the death of wild animals. From our perspective, it is easier to point fingers at these animals as the culprits but as human encroachments on wild areas increased, we lose more of our precious flora and fauna.

On 10th April 2019, we were honoured to have Dr Jeryl Banait as one of our esteemed guests in our socio-cultural fest, Filanthropia 4.0, under the segment ‘Guardians of the Wild’. A young doctor and keen activist from Nagpur, he was one of those activists who went ahead and fought the shoot at sight order in court, arguing the well-being of Avni’s cubs, who were dependent on her for their survival. He was featured in many interviews where he boldly challenged the legitimacy of the tag ‘man-eater’ on Avni based on evidence. People like him take this novel initiative and fight for their conservation, in every front possible. Their struggle for conservation is beyond any personal gains.