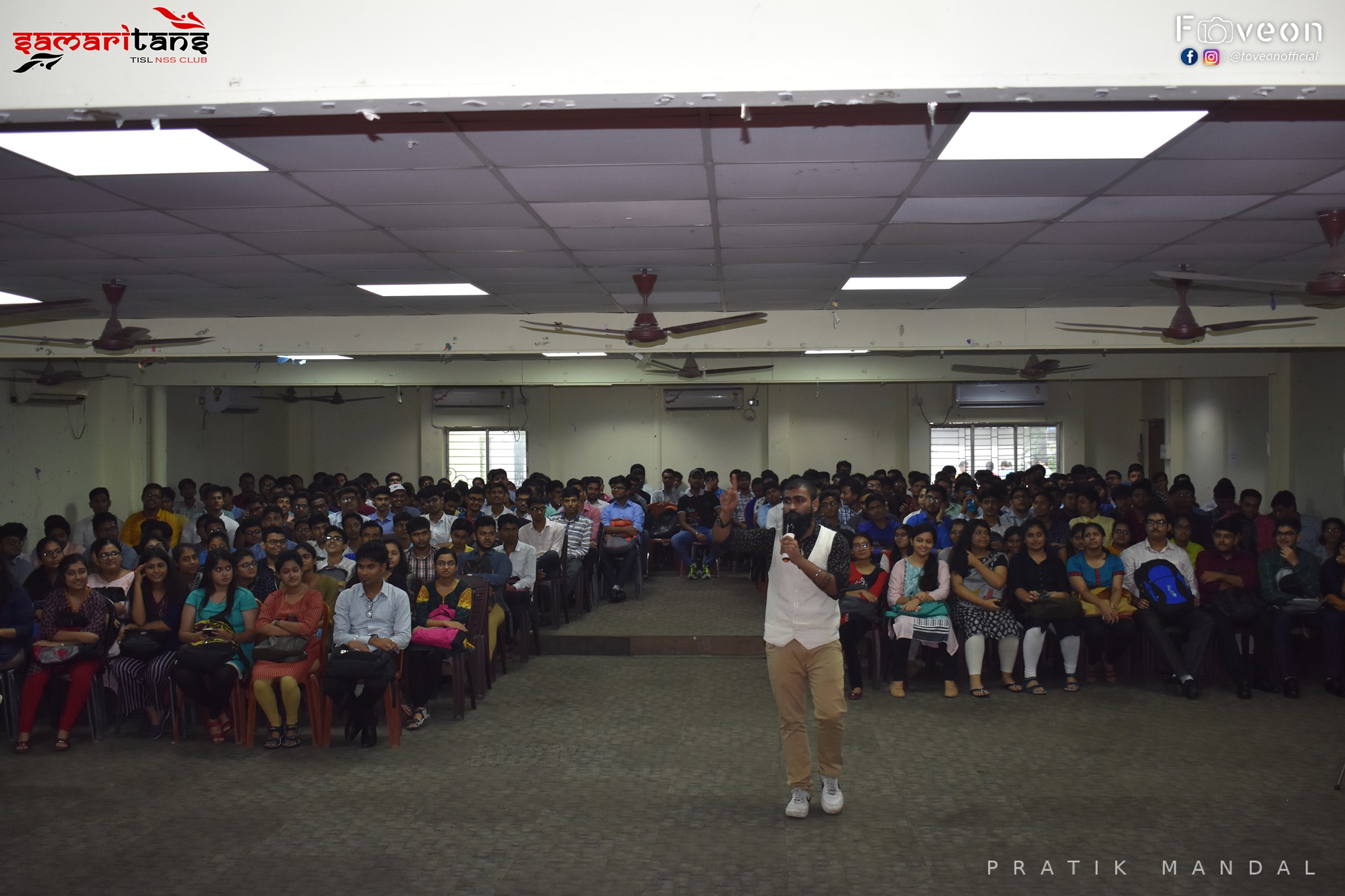 He started off explaining the California experiment. The California experiment deals with learning the importance of every creatures in a balanced ecosystem. Snakes and bees, which we sometimes assume as unwanted, are significance factors in maintaining the agricultural output. He proceeded to sparrow decline in cities due to modern multi-storey buildings containing no nest-holes. He also showed a useful video in using AI (Artifical Intelligence) in water taps which can operate only when it senses an object under it.

Other things that Nirit Dutta focussed on are Tiger Conservation, Uber Share Ride Initiative and Plastic Management. He promoted an initiative that plastic wastes can be reused to serve some different purpose by making hand-made models out of them. He declared open a model making competition where all first year newcomers in our college formed groups and made a model out of whatever plastic wastes they have in their homes.

The seminar was done in three different batches,of 2 hrs each, while the model making competition was held exactly 1 week after the seminar in order to give enough time for the groups to obtain ideas for their necessary innovations.