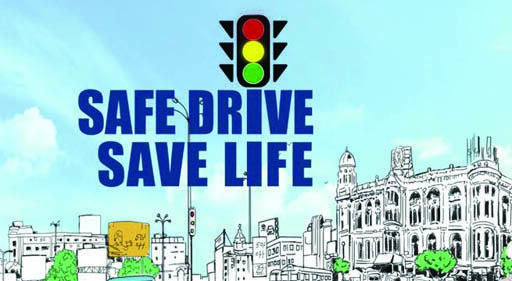 Being the state capital of West Bengal and a land full of opportunities and connectivity, Kolkata is easily one of the most populated cities in India. But living in India’s 3rd most populated cities has its problems. For starters, there’s a lot of traffic jams and road accidents. Despite having adequate roads in most places, the increasing numbers of vehicles are taking its toll.

One of the main causes of these accidents is rash driving. A recent news that gained a lot of popularity reported the son of a popular restaurant chain owner accused of rash driving after his speeding car mowed down two prominent Bangladeshi nationals.

While drunk and distracted driving can be viewed as human errors and can be corrected by responsible driving, factors like rain, vehicle design failures and potholes also contribute to accidents.

Tens of thousands of accidents are reported yearly, which result in thousands of deaths and injuries every year. But these accidents have a deeper impact than statistics can show. The trauma is not only limited to those who are directly involved in it, but it also affects the onlookers and the family of the victims. Many accidents leave the victims crippled for life and can make them lose their jobs and their families burdened with the medical bills for the treatments.

To prevent more accidents from taking place, the Kolkata Police has come up with an innovative way. The Safe Drive, Save Life campaign was launched on the 8th of July, 2016. Under this action, the No Helmet, No Petrol campaign, which prohibits helmetless two-wheeler drivers to refuel their vehicles, and a prohibition on two-wheelers, to ply on two main flyovers after 10:00 pm in the night, was imposed among other things. The state government of West Bengal, under the leadership of chief minister Mamata Banerjee, has also planned to formulate a Bill for State Road Safety Act for the state.

Other than this, this initiative itself is promoted in all platforms with promotional videos, catchy posters and awareness drives that easily catch the attention of the people from all the age groups. As of today, the SDSL initiative claims to reduce the number of road accidents by 35 per cent while also reducing the number of deaths due to road accidents by 27 per cent, as reported by The Indian Express.

As a Samaritan, we must support initiatives that benefit people. And thus, we do make it a point to show our support to the SDSL by conducting rallies every year to spread the awareness about road safety and safe driving. Other than this, we also encourage students to come up with new and innovative solutions to reduce the number of accidents. Hence, Team Samaritans conducted a rally on 31st August, 2019, as a part reaching-out-to-the-masses initiative. With this, we hope for a day where road accidents claim little to no lives and the road safety rules are more stringently followed.